It doesn’t take much to lose your heart to horses and equestrianism. It was no different for Ellen: she learned to ride at the local stables and soon decided to purchase her own horse. Aagje was a 2005-born mare, a beautiful warmblood horse to have fun recreational rides with. However, Aagje began to limp regularly, with occasional but never permanent periods of improvement. An ultrasound raised the suspicion that Aagje suffered from navicular syndrome.

“I tried everything to ease her pain. I even consulted the university of Ghent to have her nervous system examined. We tried chiropractors, acupuncturists, osteopaths, … Finally I ended up with Michel, and an MRI showed that Aagje did not only suffer navicular syndrome, but also had loose bone fragments in her legs. At that time we chose to work with infiltration and special horseshoes.”

Unfortunately, these treatments once again proved ineffective in the long run. Ellen decided to stop all treatments, but a little later received information about BackSound® from a stable friend. Since she had nothing to lose, Ellen decided that the BackSound® therapy would be her final attempt to help Aagje.

“I am still very cautious, but since January of this year there has been a visible difference. It took a while for the therapy to catch on, at first I thought it wouldn’t work – but now Aagje’s gait is completely clean. She has been limping for 12 years, so I suspect it is a huge adjustment for her as well to run without discomfort. I am immensely looking forward to the beautiful walks we will take together.” 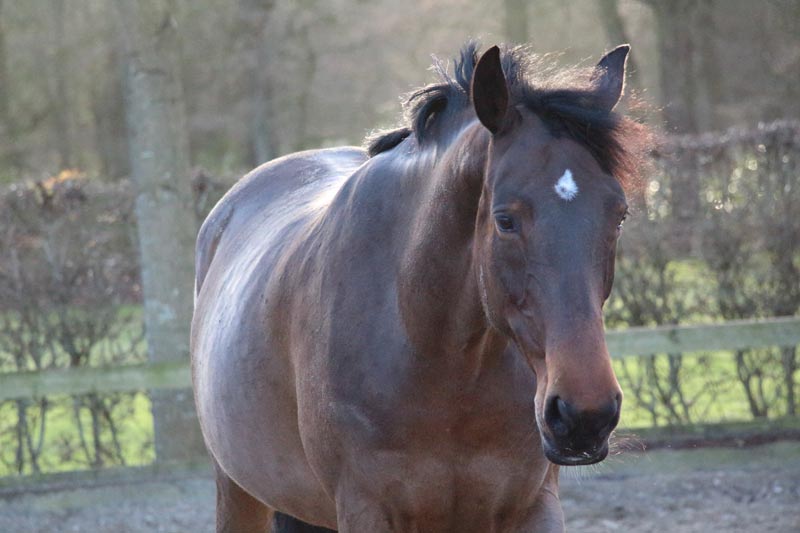